Stunning cover, isn't it?
Well, you know the old saying: Don't judge a book by its cover.
Don't.

I was really excited to read Caraval by Stephanie Garber, and then I discovered it would be the Owlcrate book for February and come with a whole bunch of circus-y stuff!  Wow!
And the Owlcrate (for once) did not disappoint: the lipbalm is nice, the totebag is cute, the notebook and bookflags are attractive and usable.
But the book.... Well, it's not worth the hype.

Look, I'm just not a big fan of postmodernism anyway, but postmodernism in YA is just.... wrong.
YA is supposed to make sense; this book doesn't.
It's supposed to be sort of Alice In Wonderland -- on steroids, but it has more weirdness in it than Lanark and more "What the hell?!" moments than Beloved.  (Your sister's been kidnapped -- kidding!  No wait; she's dead -- kidding!  Not really!  You've set this whole vicious game in motion -- kidding!  It was your father and your fiancee!  Kidding -- it was your sister!  Except it wasn't, not really, because your sister's boyfriend -- who likes you -- kidding!-- is in on it.  Maybe!)  And it has more endings than French Lieutenant's Woman.  (But, after you've been through several of them you learn: it's not over!!!  There will be a sequel! )
The writing is fairly descriptive: the reader gets a good look at the mystical island where Caraval takes place (think: Venice mixed with Candy Land, only evil), and Garber has given the protagonist that Buzzfeed characteristic of "seeing" her emotions in color.  But the characters aren't terribly likeable (Scarlett is weak, and Tella's a brat), and the mess-with-your-brain postmodern factor is nightmarish.  In fact, I was rather surprised that Scarlett didn't "wake up" at the end, as Alice does, to discover it's all been a bad LSD trip.  (If Lucy had appeared in the Sky With Diamonds or ducked into Willy Wonka's factory, it would have fit in and not really confused the plot much more.)
If you love postmodernism, this is your book.  If not, well, be forewarned. 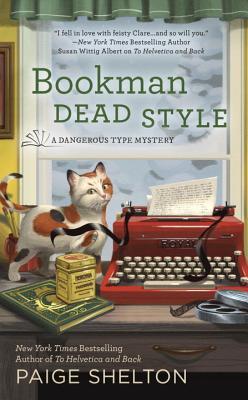 This is the sequel to Shelton's To Helvetica And Back.  It's set in a fictional town which strongly resembles Park City, Utah, during the time of a film festival which parallels the Sundance Festival (with even a sneaky little nod to Sundance in the form of a secret password).  It involves movies stars, wannabe stars, polygamists, and, of course, a spot of murder.  (For what is a cozy without a murder to solve?)
I've read every single one of Shelton's books, and this new series is my favorite.  The setting is charming, for one thing.  And, unlike many other cozy authors, Shelton's protagonists are never stupid or helpless women who must constantly be rescued.  That's a big plus.
If you're a cozy fan, a Sundance fan, a skiing town fan, or just someone looking for a fun winter read, give this a try.  It's a delightful little escape from reality.
Posted by Lisa Shafer at 12:47 PM No comments:
Email ThisBlogThis!Share to TwitterShare to FacebookShare to Pinterest
Newer Posts Older Posts Home
Subscribe to: Posts (Atom)