The (Dis)Appearance of Nerissa MacKay. A YA paranormal novella for ages 12+. By Lisa Shafer 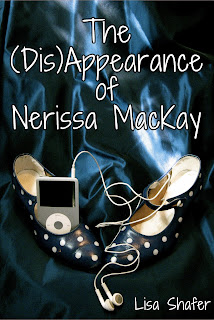 Nerissa MacKay isn’t just anybody.  So she’s fairly positive that a major role in the school play will prove that point -- and maybe attract the hormones of some of the boys who have ignored her for far too long.
But Nerissa’s dressing with a different theme every day for one solid year hasn’t yet convinced the drama teacher of her creativity, and Nerissa gets desperate during the last week of tryouts.  Then, when the local mean girls' clique starts bragging about being visited by a ghost, Nerissa has had all she can take of their upstaging her.
Determined to pull the town's attention toward her and to Aunt Jane's Haunted Zoo, Nerissa plans to find this "ghost" --- right after she does her biology homework.
But the research for biology class leads her to her great-great-great grandmother's commonplace book, which contains several uncommon recipes using local plants.  In the name of research, Nerissa gives one of the concoctions a try.

Ghosts, witchcraft, cliques, boys, her mother, homework, and saving the Haunted Zoo -- Nerissa's in way over her head.  Even when no one can see her...

Becoming Brigid    A YA paranormal adventure novel for ages 14+.  By Lisa Shafer. 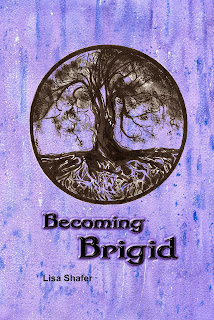 Pepper Kircy has definite plans for her future. And she thinks she knows everything about her life -- at least until she meets Dougal, a man with way too much information about a past she doesn’t remember. Suddenly, her geeky, ghost-hunting dad and her mortician neighbors aren’t quite as ordinary as they seem. But then, neither is Pepper.

Dougal’s tempting. He quotes poetry and insists on calling Pepper by the name she never uses: Brigid. Soon, she can’t get him out of her dreams. So, in spite of all his weird talk about a missing goddess and a long-lost stone, she could really like this guy. Maybe even enough to change her precious plans.

If he'd just stop trying to kill her....

In "The Cephalopod Who Saved Christmas," lighthouse keeper Zeke Longstalks is troubled by his son Timmy's request for a Christmas tree when there's no way to cross the dangerous shoals of the River Victorianna -- the largest in all Pacifica -- in order to find one.  In "The Steampirates of St. Andrews," merchant sailman (and sometime smuggler) London Sunday is over the North Sea aboard the airship La Virgen del Aire, hoping for a way to distance himself from the noisy, smelly animals below deck.  In "The Wise Men and the Angel," apprentices Bertie Haven and Oliver Laird are worried that the secrets of their employer's son might become public with the arrival of the theocratic leader of the Independent State of Deseret.  And in "The Reason," Derrik Andrews sits in a boardinghouse in New York City, longing for a future which has been stolen from him -- by his own mistake.

These four short stories form a stand-alone collection, but they also serve as a teaser for The Chocolate Smuggler's Notebook, an upcoming steampunk adventure by Lisa Shafer.

All In The Half-Vampire Family.  A YA paranormal novel by Lisa Shafer.  It is the sequel to Confessions of an Average Half-Vampire (see below). 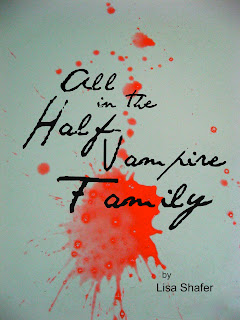 Think you’ve got a weird family?

Eric’s mother is clearly in love with Patrick, who just happens to be Eric's first cousin once removed.  And a vampire.  Eric thinks Patrick would be the world’s coolest step-dad, but Mom’s in no mood for matrimony.
Worse than that, Mom's side of the family hasn’t spoken with her in Eric’s entire lifetime -- at least not until Eric and his way-too-attractive cousin Ari both win a piano competition that takes them to the Edinburgh Fringe Festival.  And into the path of Eric’s biological father, a vampire who’s recently begun attacking the locals at night.
But things get really creepy when Eric's dad finds Ari to be... tasty.
Can an accidental family reunion get any stranger than this?  Eric doesn’t think so.  And neither does the self-proclaimed vampire hunter staying right next door to him in the dorm.

It’s going to be one heck of a summer vacation.

Here's the link for the US paperback.
And you can click here for Kindle in the US.
It's also available in e-copy and POD form on all other Amazon sites.

Confessions of an Average Half-Vampire.  A YA paranormal novel by Lisa Shafer. 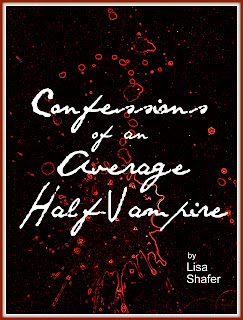 Here's the link to buy it for a Kindle or a Kindle app in the US.
Oh, and if you want to buy it in SCOTLAND (or elsewhere in the UK), you can click here.
The POD paperback is now available.   Click here to buy it at Amazon.
The POD and e-book are now available on all Amazon sites, with prices adjusted according to exchange rates.