Halloween: All's Right With The World

My seven-year-old neighbor, attired in his Harry Potter costume, just climbed a tree in his backyard, toting his treat bucket with him, and yelled, "Namaste, world!  Namaste!"

I am amused.  :)
Posted by Lisa Shafer at 5:13 PM 3 comments:
Email ThisBlogThis!Share to TwitterShare to FacebookShare to Pinterest
Labels: Humor

Why Utah Is The Worst State For Women Warning Labels For Idiots, Or, "Don't Sue Us If You Eat This" 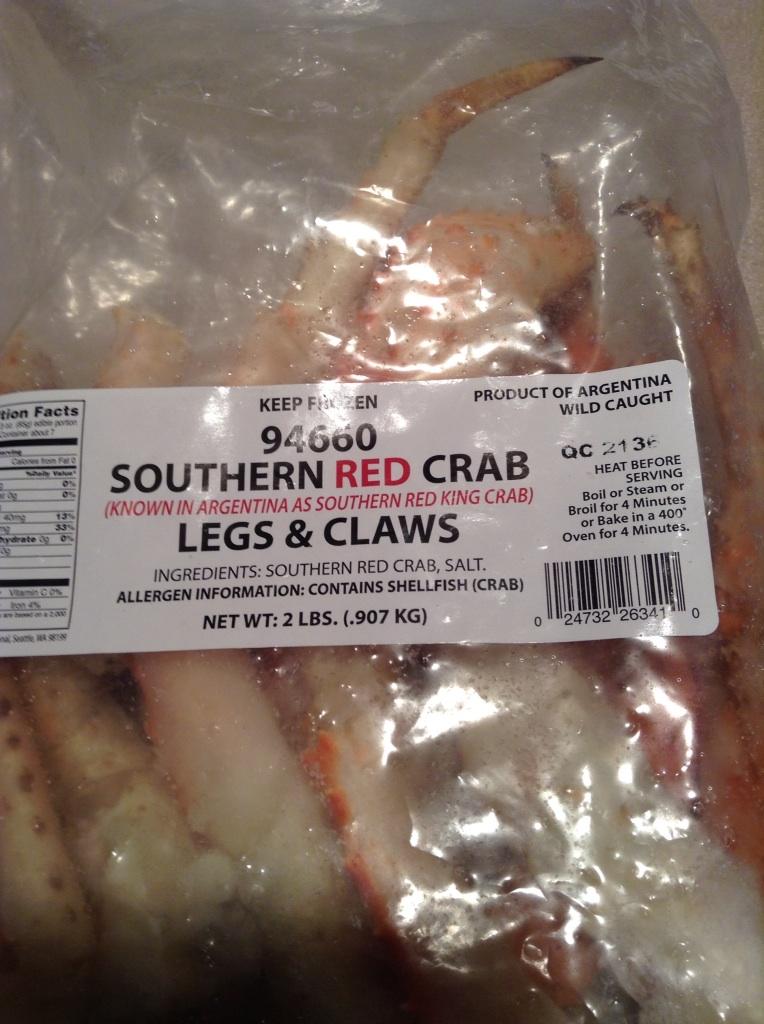 So, a package of crab legs contains shellfish?!  Wow.  Who'd a thunk it?
*rolls eyes*

(PS If you can't read the allergen warnings, click on the pic to enlarge it.)
Posted by Lisa Shafer at 7:31 PM 2 comments:
Email ThisBlogThis!Share to TwitterShare to FacebookShare to Pinterest
Labels: Boot To the Head 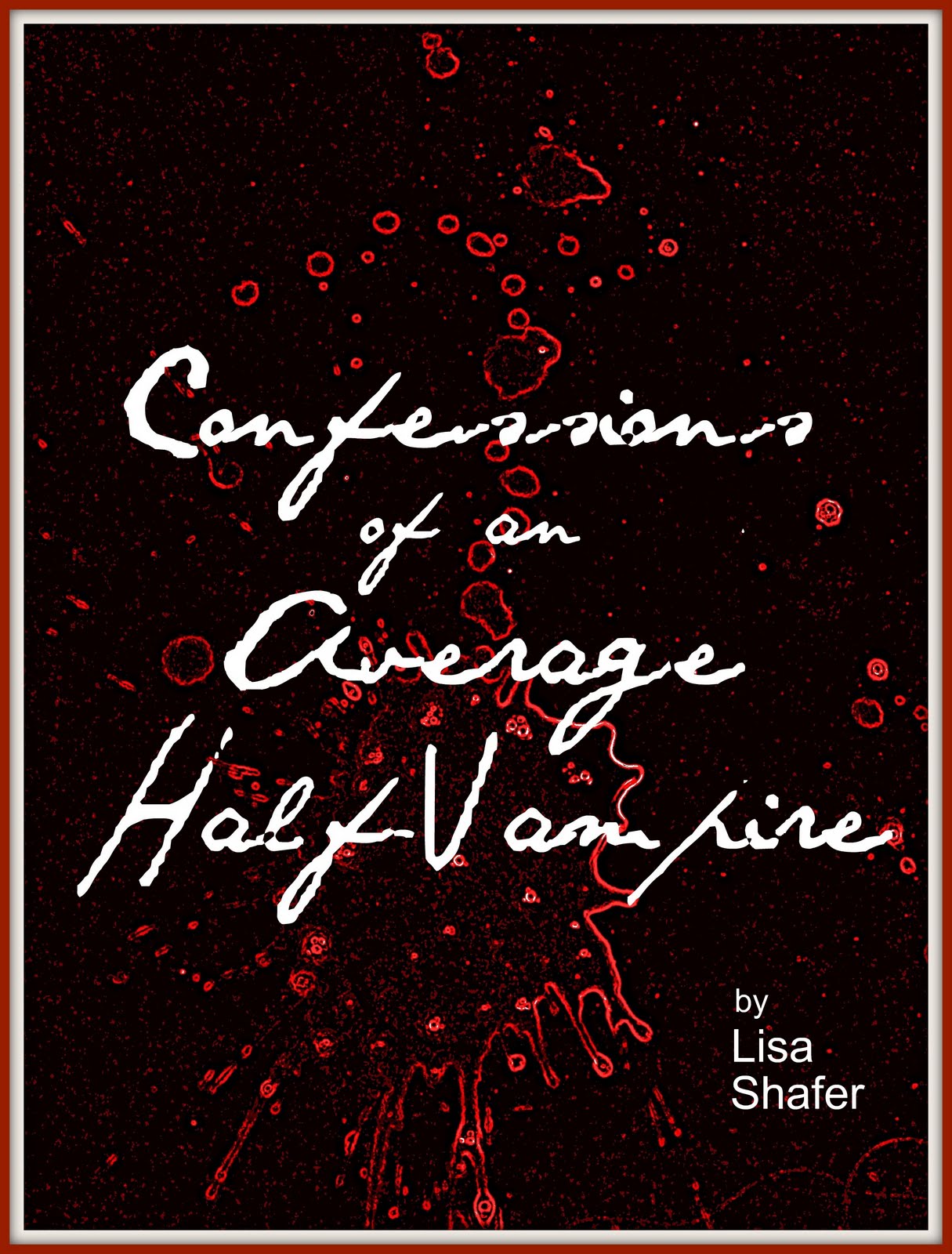 Confessions of an Average Half-Vampire is just 99¢ right now for the e-book.


Want a copy?  Want to give a copy to a friend?  Just click right here.

Grammar So Bad It Hurts

Warning:  This image contains graphic use of bad grammar.  It may be disturbing to educated viewers. 
1.
to kill by violence.
2.
to destroy; extinguish.
3.
sley.
4.
Informal. to impress strongly; overwhelm,especially by humor:
Your jokes slay me.
5.
Obsolete. to strike.
6.
to kill or murder.


And this thing has been traditionally published!   A professional editor allowed this HUGE typo in the title to pass!
Posted by Lisa Shafer at 6:31 PM 6 comments:
Email ThisBlogThis!Share to TwitterShare to FacebookShare to Pinterest
Labels: Boot To the Head, Grammar

From my mother's photo album comes this not-particularly-racially-sensitive photo of University of Utah cheerleaders at a game in 1941.

Fortunately, things are a little less blatant now.
Posted by Lisa Shafer at 6:47 AM 2 comments:
Email ThisBlogThis!Share to TwitterShare to FacebookShare to Pinterest
Labels: The Past Is A Foreign Country

Utah: The Greatest Snow On Earth

I understand that it was the Norwegians who invented skiing, but it was Utah's snow that popularized the sport in the mid-1900s.
My parents started skiing when people hiked up mountain sides and then skied down. They also recall when tow-ropes were a huge improvement.
Skis were long and skinny back then, and ski clothing looked a bit different than it does now.
Here, my uncle and his wife show off their new ski pants, parka, and skis:

And here's what Alta ski resort looked like in 1947.

I'd hate to drive up a snowy canyon on those awful post-war tires!
And let's just say that that track of snow where people had been hiking up the hill to skit down wouldn't be there today.

(I pulled this shot off a yahoo search.)
Posted by Lisa Shafer at 4:31 AM 1 comment:
Email ThisBlogThis!Share to TwitterShare to FacebookShare to Pinterest
Labels: The Past Is A Foreign Country, Winter

Proof That The Baby Meme Has Been Around Awhile

Baby memes.  They're all over the internet.  No doubt you've seen a few of these faces before:

But, as my mom and I were choosing which photos from her old scrapbooks should be digitized, we ran across this purchased snapshot, which Mom has found funny for decades:

(click to enlarge)
If you can't quite read the caption, it has the baby saying, "Well -- God damn!"

No doubt, pics of funny cats were sold somewhere, too -- although perhaps the original captions did not have them asking for cheeseburgers. :)
Posted by Lisa Shafer at 5:23 AM 1 comment:
Email ThisBlogThis!Share to TwitterShare to FacebookShare to Pinterest
Labels: Humor

Here's the Amazon blurb about the book:
After her mother is brutally murdered, seventeen-year-old Clara Stole is determined to find out what happened to her. Her father, a powerful man with little integrity, is a notorious New York City gang lord in the syndicate-turned-empire called Concordia. And he isn’t much help.

But there is something even darker than Concordia’s corruption brewing under the surface of the city, something full of vengeance and magic, like the stories Clara’s godfather used to tell her when she was a little girl. Then her father is abducted and her little sister’s life is threatened, and Clara accidentally frees Nicholas from a statue that has been his prison for years. Nicholas is the rightful prince of Cane, a wintry kingdom that exists beyond the city Clara has known her whole life.

When Nicholas and Clara journey together to Cane to retrieve her father, Clara encounters Anise, the queen of the faeries, who has ousted the royal family in favor of her own totalitarian, anti-human regime. Clara finds that this new world is not as foreign as she feared, but time is running out for her family, and there is only so much magic can do...

And here's my take on it:

This is supposedly based on The Nutcracker ballet, but it's very, very loosely based on it.  The protagonist's name is Clara, of course.  There is Herr Drosselmeyer and Anise, who is based on the Snow Queen.  There is the briefest mention of Peter (Drosselmeyer's apprentice) at the very end, and there is the Christmas Eve scene with the growing tree.  Oh, and the names Anise and Cane (the magical land) fit into the old story.
But that's about it.  The Prince has not been trapped as a nutcracker.  The mice do not fight tin soldiers. The snow queen is not nice.  There is no international or confectionary entertainment.
It's a tale of magic and war.
Originally, it reminded me of Gears of Wonderland, as the world of Cane is a decidedly steampunk take on a childhood classic, and we deal with organized crime.  But Gears of Wonderland is less violent and less .... well, kinky.
So, what's good about this book?
The characterization is.  Clara develops a spine during the tale.  And the major supporting characters (Nicholas, Drosselmeyer, Anise) are multi-layered and complex.  That kept me reading.
The plot structure was also tight.  There weren't any real surprises, but the action kept building and the pacing was just right.
So, overall, it was a good read.
However, it was pretty violent and kinky.
In fact, I think this should be classed as New Adult rather than Young Adult.  It's much too heavy on the "adult" to be a kids' book.
There are lots of deaths, for one thing.  Clara's mother has been sliced open, torn apart, and branded with faery symbols.  And she's just the beginning.  (Nope, this is not a story about dancing children and Mother Buffoon.)

*SPOILER WARNING*
And then there's what seems to be a 50 Shades of Nutcracker bit going on.  (Confession: I have not read 50 Shades of Grey, but I know it's about S&M and bondage.)  Clara wants to make out with a statue in one scene.  Then we have the pedophile "doctor" (clearly inspired by HH Holmes) who gets sexually excited over vivisecting orphaned school girls (rape is implied as well) -- Clara is supposed to marry him/become his sex slave or else he'll rape and kill her little sister.  Oh, isn't that just sweet?   See what I mean about more "adult" than "young" here?
And the kinky stuff just keeps coming.  Nicholas is naked for most of his introductory scenes, Clara and Nicholas have to hide out in a bordello and pretend to be new recruits, and there's a heated scene wherein he almost rapes her to appease a voyeuristic crowd of faery watchers.  (Oh, but he "didn't want to."  He "hated doing it."  Sure.  Riiiight.)  If that isn't enough, readers are treated to several nights of Clara's lesbian longings for Anise as they lie naked in bed with each other and kiss.  (Ew.)  And then there's the "bonding" scene in which Clara becomes Nicholas' willing blood slave (oh, but he "promises" not to use her against her will, even though he's lied before and has violent tendencies) by getting naked in public, then slicing each other with knives, sharing blood, and arousing each other ---  in front of a crowd of people.
*END SPOILER*
So, there are some books that are truly written for teenagers and not so much for adults who like to read about teenagers (such as The Vigilante Poets of Selwyn Academy).  Then there are books that are written to be read by both teens and adults (such as Harry Potter).  And then there are books featuring young characters but which are not really for the 12- 18 crowd, but rather for adults who want adult books but without the "baggage" adult characters bring, for adults who want to read about the newness of adult themes, not about those already made jaded and cynical by it.  Winterspell fits nicely into that last category.

So, overall, it's a pretty good read, but I believe it is mislabeled as YA.  This book will certainly NOT be in my junior high classroom, and I think readers deserve to know that its intended audience is adults.
I still liked the book, even though I found the "ewwwww!" factor to be pretty high.