Review of House of Hollow by Krystal Sutherland

House of Hollow by Krystal Sutherland is a perfect example of how an author’s lack of research can undermine an otherwise decent book.
Let’s note the good in this book first: 1) The depth of characterization is really quite decent for YA. 2) The plot and pacing are good.  There are some surprise twists, and there is plenty of action.  Nothing drags, nothing is jammed in awkwardly, and nothing is confusing.
The basic conflict in the book is that three sisters (of the Hollow family) disappear at the stroke of midnight on New Year’s Eve, in the liminal moment between worlds, then reappear a month later -- but they’re not quite the same girls they were.  This is fine.  The reader gets to wonder if this is a kidnapping, a changeling situation, or something else.
The problem is that Sutherland has the Hollow family from London, but they speak American English, not British English.  And worse than that is that the initial disappearance of the girls and a significant part of the action when they try to return to the general area of their disappearance to try to solve the mystery takes place in Edinburgh, Scotland.  And it’s extremely apparent that not only has Sutherland never set foot in the city before, but also that she didn’t bother with more than five minutes of Google.
She gets two things right: 1) she describes the ruins of St. Anthony’s and the location (in Holyrood Park) well enough, and 2) she identifies St. Giles Cathedral as being in Old Town.  But the rest is ridiculously off.
The most ridiculous thing of all is that she has the girls disappear on an apparently otherwise deserted “lane” on Edinburgh’s Old Town on the stroke of midnight on New Year’s Eve. Five seconds with Google tells anyone that Edinburgh’s Hogmanay celebration is huge and jammed with people.  True, Prince’s Street Gardens are the most jammed, but Old Town is not going to be “deserted.”  If the girls had been sucked into a crowd of people and then disappeared, this would be understandable, but they’re not; there’s no one around when it happens, which is just stupid.  With this, the hingepoint for the entire plot becomes weak and silly.
Sutherland also has the Hollow girls grandparents live in a “house” in Old Town, and they disappear into the doorway of a burned-out “house” as well.  But the only actual houses in Old Town now are museums.  There are flats above stores and such, but there are no houses, not like she describes.  She also repeatedly refers to bricks in these houses and cobblestone streets, but most of the buildings of Old Town are stone, and the streets are set stone, not cobblestone.  Plus, she refers to a “warren” of “lanes” in Old Town.  Any map or map app will show that 1) they are not “lanes” but narrow alley-like walkways called “closes” (so nope, that ambulance didn’t drive down one as she has happen), and 2) these closes stick out from The Royal Mile like fishbones off a spine; they don’t curve and wander about at all.
Granted, some of what I listed is my being picky.  But all of it, and especially the fact that she has Edinburgh deserted at night -- and on Hogmanay no less! -- shows laziness and lack of research on the author’s part, and on the editor’s part as well.  A couple of hours’ research could’ve cleared up most of these problems.  Or, if the author is too lazy even for that, she could’ve solved the whole problem by creating a fictional Scottish village ( See Also: Brigadoon) where all this happens instead of assuming her readers are all as ignorant and lazy as she is.

Posted by Lisa Shafer at 3:13 PM
Email ThisBlogThis!Share to TwitterShare to FacebookShare to Pinterest
Labels: Book Reviews, YA 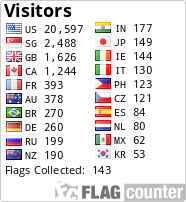