Exposé: The Elf On The Shelf Is NOT A "New" Trend

The Elf on the Shelf thing was freakin' everywhere this past Christmas season.  One could not go on twitter without some mommytweep sending out daily updates on what her precious little elfie had done for her children.  And pinterest was deluged by images of naughty elves pooping chocolate chips, hanging from lights, and riding stuffed animals.  Then bloggers took sides for and against the elf.  Was it a charming new tradition?  Or did it cause extra stress for parents and keep kids focused on receiving gifts?

NOTE: For those of you who've been under a rock avoiding Christmas and are just now emerging, let me explain that Elf on the Shelf is an overpriced book + toy elf combo that is making the author rich as people buy, buy, buy it.  The idea is that the elf is not to be touched by children, but that it reports back to Santa every night about the kids' behavior and then is "magically" in a new spot each morning.  It also means that parents must come up with some 2 dozen new things for the elf to do every single Christmas season.  And now they're selling birthday stuff for the elf, so they can make MORE money kids can enjoy the elf even more!  *rolls eyes*

So, here's the basic elf (image pulled from a yahoo search): 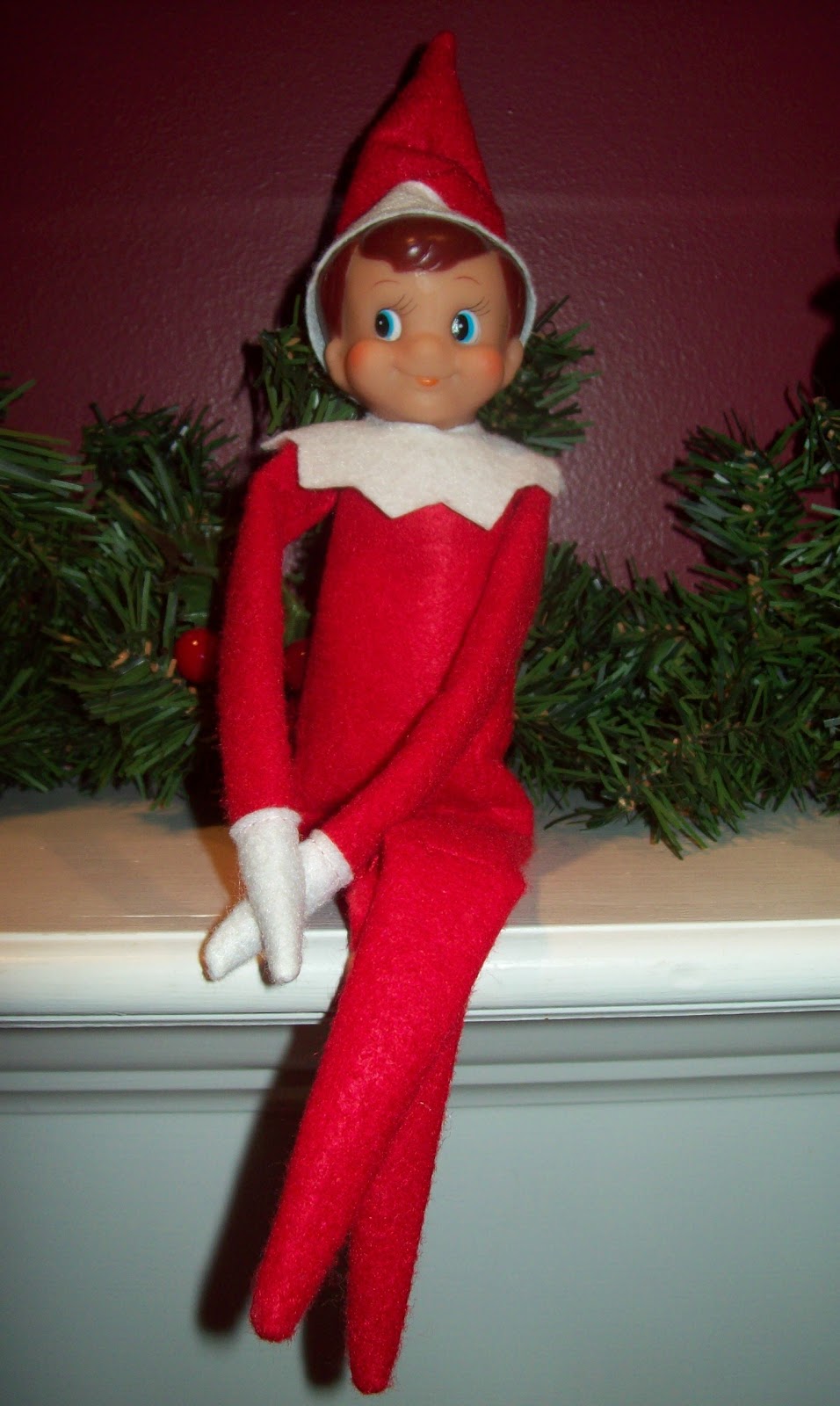 But here's the thing: the Elf on a Shelf is NOT new.  In fact, not even the style, size, facial features, etc. of the elf are new.   They're all freakin' copied from a 1950s fad.
Don't believe me?  No problem.  I have proof.

Here's our family's elf, purchased before I was born.  No, my folks never moved him around or such; he just sat on the shelf or got played with.  But check out the face and the eyes.  See what I mean?  Whoever created the new toy copied this old version way too closely for copyright issues.  I certainly hope they bought rights to use that image.
But I seriously think the older version has cuter clothes.  Look at the little boots and the pompon buttons!  And he has a striped union suit on!  So much cuter than the new one, which has stumps instead of feet.

There you have it.  Elf on the shelf is NOT new.  Not by a long shot.
Posted by Lisa Shafer at 6:42 AM
Email ThisBlogThis!Share to TwitterShare to FacebookShare to Pinterest
Labels: Christmas