Book Review: The Edge of the Woods by Ceinwen Langley

I've been so busy getting everything ready to go back to school tomorrow (eep! Meetings upon meetings!) that I haven't blogged much this week.
However, I did snap up a pretty decent book free for Kindle apps yesterday.  Most free books on Amazon turn out to be worth exactly what you pay for them, and I end up deleting 90% of them.  But this one was a fairly decent YA fairy tale from an Aussie author of whom I'd never heard before finding this book. 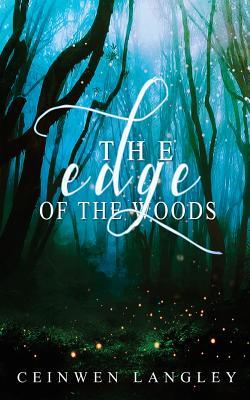 Here's a link to the book on goodreads.

"You're not the first young woman to try to bend the rules, my dear, but they failed and so will you."
For as long as anyone can remember, young women have vanished into the woods. Believing them to be weak willed and lured by demons, the zealous Mayor enforces rules to protect them: rules that render the village women submissive and silent, or face being ostracised. Emma's only hope of a decent life is to be married by her eighteenth birthday, but her quick mouth and low social standing make her a poor prospect. Lonely and afraid, she finds herself dreaming of the woods, and of a mysterious boy who promises freedom and acceptance if she'll only step across the border into the trees. With her birthday fast approaching, she has a decision to make: run away from her future, or fight for it.

And here's my review:


This was quite well-written.  The characterization was very decent.  (So often YA books have fairly interchangeable characters, but these characters were pretty fleshed-out; it was easy to remember one from another.)  The pacing was good.
The plot, however, had a quick, happily-ever-after ending, very much like a fairy tale, but it was difficult to swallow.  The opinions and habits of the whole town changed far too quickly, and the solutions to Emma's problems appeared almost magically, sort of "Poof!  You won the lottery!  Here's everything you ever wanted in a nice little package, all at once!"  I felt that weakened the story, which had been going along very well until then.  (I like feminist role models, but this was too perfectly wrapped up and too obvious, and it may be off-putting to readers.)
I did appreciate Langley's cleverness in creating a parallel society for how women are treated both in the woods and out of them, but I wondered why Emma (the protagonist) never realizes that parallel.
Still, it's a very good read, so very much better than most recent paranormal.

Posted by Lisa Shafer at 11:25 AM
Email ThisBlogThis!Share to TwitterShare to FacebookShare to Pinterest
Labels: Book Reviews